Yoga, According to Brian

Yoga, According to Brian

I took my first yoga class in 1997 with a friend in Atlanta.  Class was very difficult but I did attempt every posture and gave it my all.  We kept going back once a week for about six months.  I felt something after my first class I had never really felt before- a sense of being completely content and not needing or wanting anything.  This, I found out later, is common with new students.  We come to yoga because we are looking for more in our lives.  We start searching …   After years of practicing yoga I realized I was having yogic experiences at other times in my life that weren’t in a yoga room.  Some are very unique and unconventional.  Yoga means to yoke or bring together, to join.  We can sense this union when we start feeling that body, mind and spiritual connection.  When have you found yourself connecting on a soul level while not on the mat?

The scene for me: 1986,  Toad’s Place, New Haven Connecticut and we are 16 years old.  I arrived at the venue with my best friend.  We were very excited and filled with anticipation of a great show.  This was not our first concert. We felt a little apprehensive because we were 25 miles from home and in an unventured city late at night.  Nine bucks to get in.  The Ramones came on stage and kicked asana for 2 hours straight.  No breaks, pauses, long talks or gaps of silence.  1,2,3,4 was the only break between songs.  I lost my friend in the crowd seconds after the show began.  We squished and squashed with everyone for what seemed like hours.  No fighting, or violence was seen at all that night.  I did see mutual admiration and respect from all of us.  We were connected in a completely different way.  Johnny played fast and furious all night and we all sang with Joey and Dee Dee  to every song.

Outside of Toad’s Place, after the show, it looked like a vinyasa flow class letting out.  All of us sweating, beaming with energy and spiritually filled.  Words were not needed to communicate.  The look in our eyes said it all. In yoga terms:  We arrived from all different types of places, geographically, spiritually and emotionally.  The Ramones brought us together with the high energy of the music and as we left, we became calm and centered.  We became one.  Seeing everyone leave in a sattvic (balanced) state was magical.  I can go back there any day and still feel the energy.  Some might go as far as calling this an out of body or mystical experience. I call it my first Ramones show.  Still have the t-shirt. 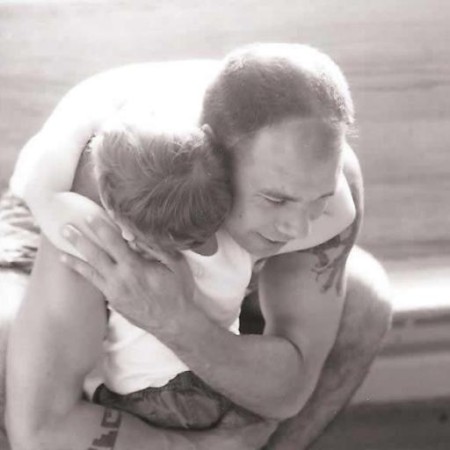